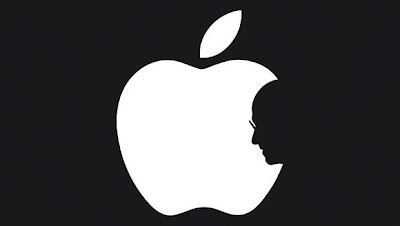 10/24/2011
Like so many people all around the world, I have found myself moved by the recent loss of Steve Jobs on October 5, and also by the passing of computer scientist Dennis Ritchie so soon after, on October 12; two colleagues who changed the world, two minds of great genius, passing away one week apart.
When I compare the world I came into to today's world, the difference is huge. And so much of that differences comes from the innovations of Steve Jobs. I use my apple computer everyday, and I send emails from my iphone while I am outside. I’m almost always able to find out anything I want to know in a few minutes  by using one of these gadgets, even if I’m not sure where to begin looking. It’s remarkable, and just the beginning. I can only imagine how the technology will evolve into the future.
Today, the new biography of Steve Jobs, written by Walter Isaacson, was released, and by all accounts it promises to be very honest, including the unflattering sides of this very smart man, and the not very smart choices he made about his own health. He might have lived much longer if he had listened to the doctors and had an operation immediately. Apparently, he was not always an easy person to get along with, but his contributions have made so many things much easier for so many people. The difficult parts of his personality will probably only add to his mystique when he is read about in the future. When I sit in the car and send an email to another city, I’m not thinking about Steve Jobs, but when I think of Steve Jobs, I cannot think of all the ways that his ideas have simplified my life and improved it, right down to this blog post.
If you would like to see the interview with Walter Isaacson from 60 Minutes last night,
Look here:
http://www.huffingtonpost.com/2011/10/24/walter-isaacson-steve-jobs-60-minutesvideos_n_1027772.html
Posted by Indra's Corner at 8:29 PM 1 comment: