On the Occasion of Ruth Ford’s 103rd Birthday

On the Occasion of Ruth Ford’s 103rd Birthday 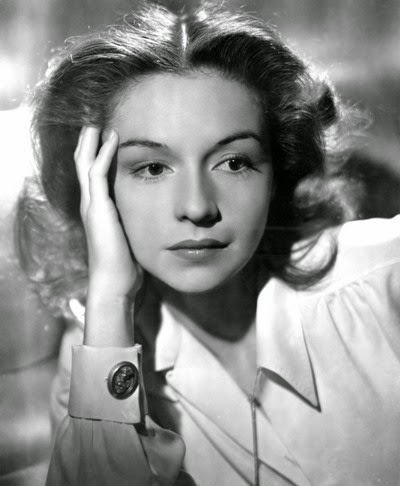 In 1911 on this day, July 7th, Ruth was born in Brookhaven, Mississippi. If her brother Charles Henri’s diary entries are to be believed, the two of them had an idyllic childhood full of fun together. They loved to swim if it was warm enough outside, and they found all kinds of ways to amuse themselves around home. On June 23rd, 1922, Charles wrote in his diary: “Sister & I had a circus out in the back yard. We had fortune telling, the Siamese twins, the remains of Lot’s wife, bathing beauties, clowns, a shooting gallery and lemonade. We made $1.05. Not bad…”
A movie ticket cost about a nickel at that time, and Ruth and Charles went to as many as they could manage to see. Early on, Charles thought that his sister had something special that might work for the movies. Soon after Ruth’s 11th birthday, he wrote in his diary that a movie star had come to Memphis, where they were living at the time, and had chosen four ladies and three girls for tryouts. “Sis was one of the girls,” he wrote. “I hope she ‘registers’ right.” He also kept a clipping from the local newspaper from July 12th, 1922, which read:

“Miss Maude George, prominent film star who is making a host of friends during her local engagement at the palace Theatre, was greeted by a large crowd of women and children yesterday in Lowenstein’s millinery salon, where she chose types that would “register well in films.” In order to see how these types actually register, a moving picture will be made of those selected by the star and shown at the Palace Theater and afterwards sent to Universal City, Cal., where it will be observed by directors and producers in need of material.”

Maude George really was a prominent actress of her day, starring in movies with titles like The Devil’s Pass Key and Foolish Wives, and she worked with Erich Von Stroheim. I wish I could ask Ruth what she remembers about her first screen test, because whatever the outcome, it didn’t make it into Charles’s diary. However, he was right in his thinking that Ruth had something special, because she ended up being an actress. In addition to her work on stage, she made quite a few movies, especially during the 1940s. Strange Impersonation, Lady Gangster and Adventure in Iraq are just three of the movies Ruth made in those years, and you can see them without paying even a nickel, right here on the Internet.

So, dear Ruth, you did it. You ‘registered’ well, and you will always be beautiful and young on the silver screen. Wherever you are, I wish you a very happy birthday.