Paul the Octopus died yesterday (Tuesday, 26 October, 2010). He had a short physical life span of two and a half years but in the course of living this short physical life he earned himself, probably, the longest ever life span amongst cephalopods, in the memories of co-existing homo sapiens. 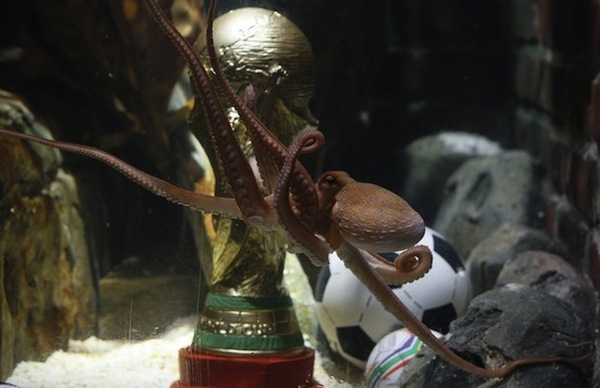 Paul had this knack of predicting things that was going to happen in the future correctly. I don't know where he got it from but he thrilled the world recently in the summer World Cup in South Africa predicting correctly the outcome of all seven Germany matches and the final between Spain and the Netherlands.


Reportedly, he died a natural death and his caretakers in the Sea Life Aquarium in Germany say that Paul will be cremated in the next few days. His ashes will be placed in an urn and displayed in a shrine, along with a portrait and video clips from his life. They have already set up a condolence book where people can write their tributes to Paul. 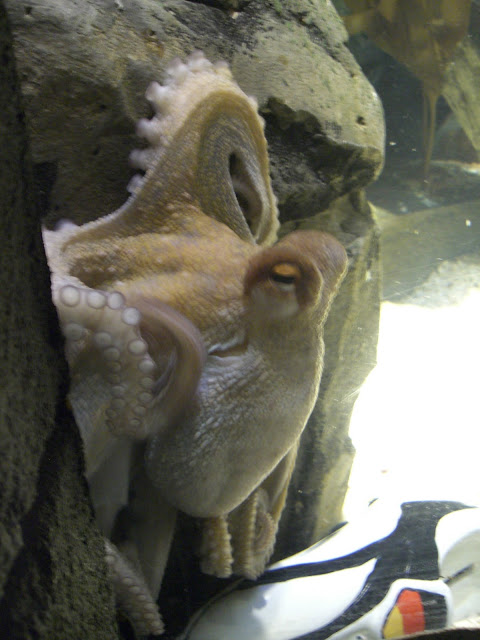 Paul's news made me contemplate about the ongoing 'inability' of political leaders back in Nepal to even elect a prime minister for the country. I was wondering, now that Paul is dead and gone, and that while he was alive he was so good at predicting things, why not we summon his spirit to help us elect a prime minister in Nepal?


We would put all the eligible candidates inside separate boxes, each containing food in the form of a mussel and mark each box with the candidate's name and his election symbol. Candidate from whichever box Paul's spirit eats the mussel first will become the Prime Minister of Nepal.

I have always admired Nir Shah as a movie actor. His consistency in Nepali cinema is unwavering ever since I have know him in the big screen. I still remember his outstanding performance in Prem Pinda - a historic movie. 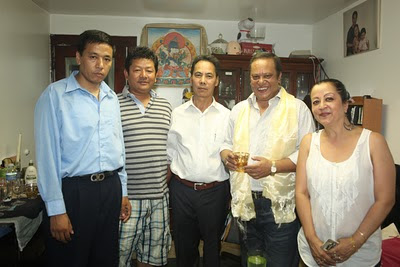 One of the prominent architects of Nepali celluloid world, Nir Shah has always been in limelight also because he is not just a movie actor but also a poet, lyricist, movie director and a businessman. 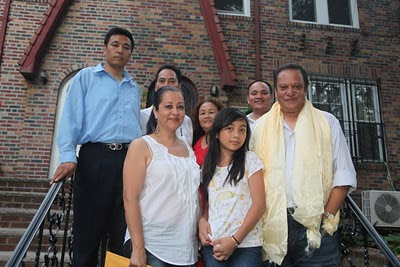 I had an opportunity to invite him in my Queens abode one
evening recently along with some of my friends here in Queens. Nir Shah was in a business trip in New York. One of my cousins, Shanta B. Thokar, arranged for the meeting.
I found Nir Shah very considerate and warm human being. It was a strange experience talking with a person who I had only seen in the movies, before that night. The somewhat inaccessibility about him vanishing as soon as I met him in flesh and blood gave me a strange feeling of closeness towards him.
I am not a talkative person but I am an observant one.
After he left for the airport – his plane was due in couple of hours – I could not help but think, was this the ‘luck lurking’ phenomenon that is smiling upon me lately which made this chance meeting possible? 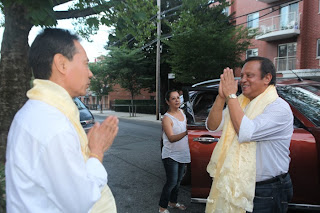 I remember telling him: “I feel lucky that you have stepped in the threshold of my humble abode”
or words to that effect.
First the inheritance then the notebook now Nir Shah, luck is really smiling at me.
But still the faith is: Do not overrate what you have received, nor envy others. He who envies others does not obtain peace of mind as Buddha says.
Posted by Indra's Corner at 11:01 AM 1 comment:

The emotional roller coaster, the rescued Chilean cruised through seems to come to a halt now. I have been watching closely the tear jerking reunion, the euphoria, the bravados after the rescue.


I have been pondering how they must have felt down there – living for 69 days half a mile down the surface of earth not knowing they will ever be rescued.
I was hoping each of the 33 miners trapped since 5 August would come up with their version of the anecdote about how they felt, what happened, what they ate, how they kept going, what was their faith etc but it seems that they made a blood pact down there to bury their stories behind.
By the occasional contradiction between even brief statements from some of the miners, it can be guessed that other than the circumstantial hardship, they had to overcome squabbles amongst themselves and there was even a breach among them that divided them into 3 different groups but it is nothing unusual in such dire situations.
I am assuming, the food rationing they handled perfect and their individual responsibility and willingness to comply with the rule did a greatest job in their survival and ultimate rescue. They survived 17 days in half a spoonful of tuna twice a day. This is a great feat under such appalling circumstance.
Anyway, all is well that ends well, as they say!
Kudos to los 33.
Posted by Indra's Corner at 12:21 PM 1 comment: 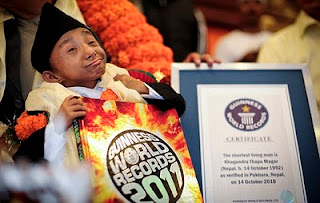 Remember turning 18? I don’t. I was probably plowing my land or carrying some hefty load of fodder, when I did. But for some turning 18 is the biggest day in their life. 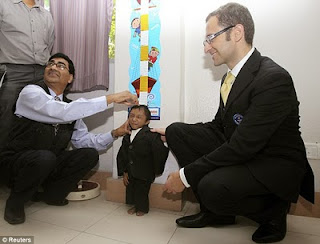 He has also been featured in the new Ripley’s Believe It or Not! book, Enter If You Dare!, will officially take the title of world’s shortest man this week.
Khagendra has earned another title recently – Nepal’s Goodwill Ambassador. His mission will be to help the country attract 1 million tourists next year. 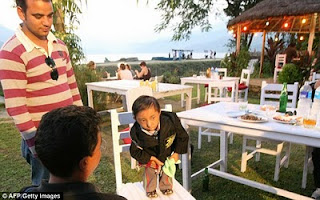 All right, he will be helping the country in so many ways but what are his own chances? In other words, is he getting equal amount of attention from the country he hails from?
Anyway, let’s leave that for the future....meanwhile, Happy Birthday little man.
Posted by Indra's Corner at 12:17 PM 1 comment: 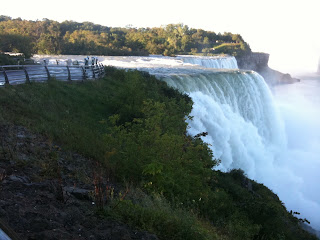 On Labor Day weekend we went to visit Niagara Falls. Well, who hasn’t seen Niagara Falls or who doesn’t know about Niagara Falls? I myself have been there couple of times already. But this time, for some strange reasons, I felt ‘liberated’ even from the outset of the planning. My heart was fluttering like that of a school boy since the time we started taking about this visit. I still cannot tell for sure why I was feeling like that. 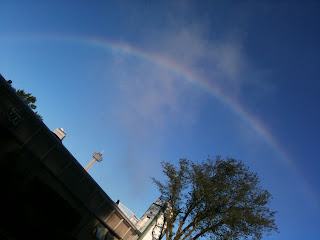 Our trip to Montana about two weeks ago had been exhilarating. Maybe the positive vive that I had experienced during Montana visit had not subsided yet. Probably one pleasant experience was giving rise to another one. Whatever it was I was in cloud nine as soon as we mentioned about Niagara Falls. 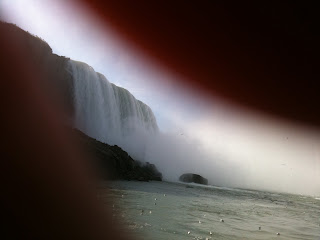 As soon as we set out, I found out why I was so happy. I had great time taking photos in Montana and Niagara Falls was another such opportunity for me. I took lots of photos. I also shot videos. I have uploaded some here for you to view. Let me know how you like it? 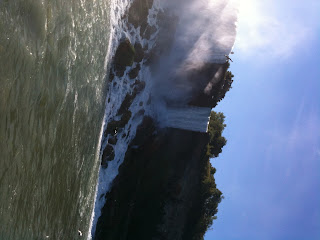