You never know where bad luck is lurking or good luck for that matter. I am talking about good luck this time. I have been harping about hard work lately. “If you work hard with honestly, perseverance and patience you get lucky.” However, yesterday was different. I did not do much to get lucky. Well, I did go to the picnic though. 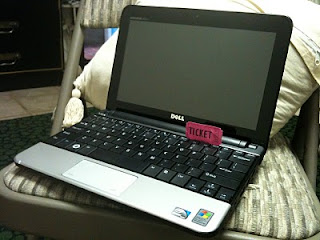 I was invited to the Tamang picnic at Flushing Meadows Park, New York. During usual fun sharing which is normal in a picnic, I bought a raffle ticket. Actually, I was insisted again and again to buy it. I gave in and bought one anyway. And lo’ it got me a notebook computer. I guess that was the first time I got something without doing much. 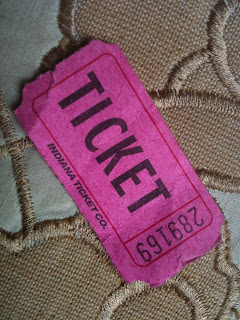 “Again?” I could hear someone exclaiming behind me. She probably meant, after getting lucky with the Dakota apartments. Well, I don’t know…probably good luck comes in chain as well. I am just wondering when it is going to stop. But faith has it: Buddha guides you through thick and thin…
I am going with the flow…
Posted by Indra's Corner at 2:18 PM 1 comment: 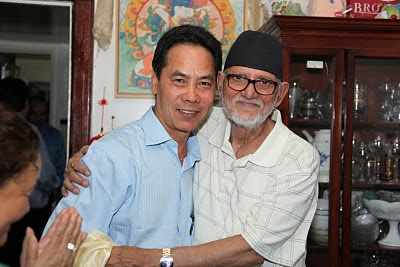 I am so aloof from politics. Any politics. Especially the politics of Nepal for that matter. People know me know that I never talk about politics. 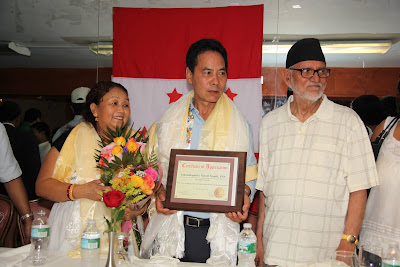 I never make any comments; neither for nor against any political party. To tell you the truth, I really don’t know what comments to make. I don’t follow politics at all.
When Janasamparka Tayari Samiti, USA hosted a program to honor  me, I was nothing but surprised. Later when I found out that the current Acting President, Nepal Congress Party, Mr. Sushil Koirala was the chief guest of the program I was nothing but dumbfounded. 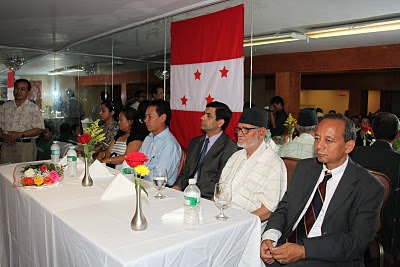 Me? Why?
Not that I never met Mr. Koirala before but in a program especially to honor me? Honestly I was little embarrassed. Maybe ‘embarrassed’ is a bit too hard a word but, you know, I did not feel comfortable about it.
All this misgivings that was haunting me before the program vanished in the thin air later on though. I felt proud of myself that I was in the program. I felt important and humbled at the same time. 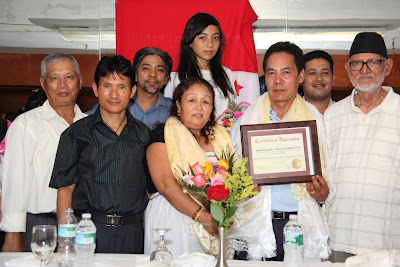 I have met Mr. Koirala several times in New York. I have attended in all the programs hosted locally to honor Mr. Koirala in the past. I have always found him very polite, sincere and understanding. But I saw another aspect of Mr. Koirala that day.

He could infuse others with self-importance, confidence and self-assurance. I am so thankful for him for making me feel so important in that program. I felt I am not just another person down the block but I have something in me that is more important than I ever thought before.
Thank you Mr. Koirala. 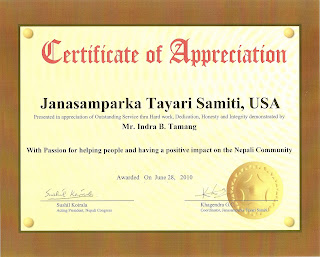 Then again, I could not help but ponder, was it another of the loop in chain of luck that I am experiencing lately? Was the ‘luck lurking’ phenomenon in action that day as well? Whatever it was, faith is: Your work is to discover your world and then with all your heart give yourself to it as Buddha says.
Posted by Indra's Corner at 12:48 PM 1 comment:

The Germans wanted poor Paul - of course, Paul the Octopus - to be roasted in public! What is his crime? I don't know how many among his 9 brains was he using but he was predicting as if he was underwater Nostradamus. And wasn't he just in predicting what he saw was going to happen? He saw Germans going home so he predicted accordingly. I think Germans are overreacting. Are they blaming Paul for their poor game as well? Not that their game was THAT poor but you know, people are so prone in blaming other people. Ironically, this time it is not 'other people' the Germans are blaming. Poor Paul must have had sleepless nights until the Spaniard decided to transfer him to Madrid zoo - safest place yet. Or is it still a 'maybe' thing? If yes, they better hurry up before Poor Paul's life span proceeds his transfer to Madrid.


Browsing through the internet I bumped into my own collage - Golden Roses in Milk magazine www.milkmag.org/ drunkenboat2.htm) for Arthur Rimbaud's poem Drunken Boat.

I don't remember precise date when I created that collage. I really did not give much thought about the collage back then but looking at it now gives me a sense of peaceful authority.


Update: I found out that www.milkmag.org has been shutdown. However I am posting the original one that I scanned.
Posted by Indra's Corner at 12:20 PM 2 comments: 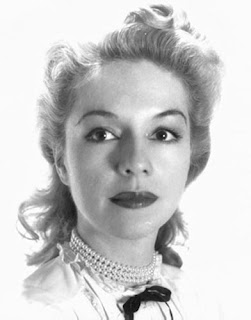 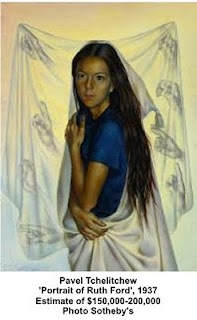 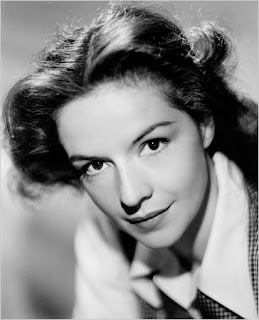 Dear Ruth, Happy Birthday
You would have been 99 years young today!
Around 3:00 PM. Weather was 100 degrees outside. Drove to Manhattan. Went to Korean grocery at 73rd and Columbus Ave. Bought two bouquets of orchid. Went to the Dakota. One bouquet was for you. Placed it above the fire place in your living room. The  other one next to the urns!
Miss you
Indra
Posted by Indra's Corner at 1:28 PM 2 comments: 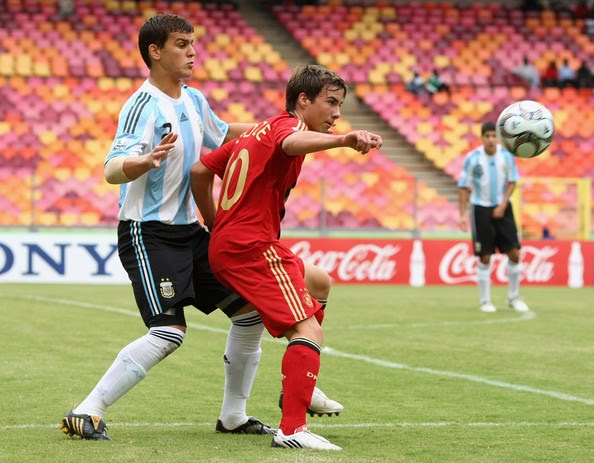 Don't cry ARGENTINA for losing the game.
it is just a game, not a shame!
There will always be another world cup
You just have to keep your morality up...

I rather be Indra

It hit me hard as hell. I knew it would hit me but I never thought it would hit me that hard so suddenly. I thought it would spar a little with me and would let me go...fluster me a little and that would be all. But it hit me harder than hell. The stars in my head lingered quite some time. The brightest lasted a good part of a week. It still shows up...sporadic though...but it still comes back sometimes -the sporadic media interviews, invitation to host talk shows, chair a program hosted to recognize my own 'success'.
I never thought I would be media blitzed the way I was when the news that Ruth left everything she had in my name hit the media. Mud house dweller from Nepal as I was, it shook me quite a bit, even though I have been spending the best part of each day in Dakota Building for 36 years in New York City. I never learnt how to handle such pressure.
"Congratulation, Indra, it is your hard work and honesty that did the trick"
"Hey, Indra, we are so happy for you".
"What's going on, Indra. Are you enjoying life."
I get these all the time. I wish it had been just like these. Milder, sincere and warm. Honest, pure and direct. Mud house dweller as I was I rather live in my own cocoon. I rather be Indra of yore. I rather live my own life than try to be someone else.
Posted by Indra's Corner at 12:16 PM 2 comments: