After it’s establishment in 2001 by a handful of enthusiastic Tamangs living in New York, Tamang Society of America has grown into a full-fledged not-for-profit organization over the years. With the sole intention of preserving Tamang culture, heritage, and religion Tamang Society of America (TSA) have been organizing various cultural, social and sportive functions/events to bring together Tamangs inhabiting mainly in New York and vicinity.

One of the indigenous inhabitants of Nepal who are mainly distributed across Himalayan regions, Tamangs are deemed as brave, honest and diligent group of Nepali people who has a long and tortured history of oppression and discrimination in the hands of the then ruling body consisting mainly of Brahmin and Chhetri castes, the disheartening aftermath of class system. They were refrained from actively participating in the mainstream social life only because they were given the lower strata of social class system by the then ruling system. They were deprived of the opportunity for formal education as well, owing to which they were forced to leave their homeland and wander away in search of work mainly to the neighboring cities of India. 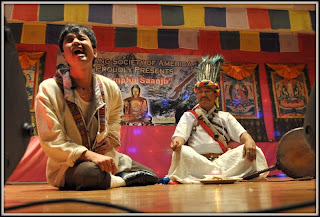 Despite their not very glorious background, Tamangs have come a long way in the present day to become a very self-sufficient and independent group of people who has fared very well, especially in the foreign-lands, where their honesty, bravery and diligent temperament have carve them a consistent niche. Tamang Society of America (TSA) is one of the many such examples of their integrity.

Over the years TSA have touched the lives of Tamangs living in New York in one way or another. It’s effort have culminated into a very large membership in the Society and it has encouraged other Tamangs residing in the other parts of USA like Boston, Washington DC, Virginia, Texas, Connecticut, Montana, Georgia, Pennsylvania, California and even in some parts of Canada. Their original cultural program ‘Damphu Saanjh’ organized every two years during the time of Tamang New Year has become a well-expected event for all the Tamangs living in the USA.

Damphu is traditional Tamang drum. In tune with Tungna, accompanying string musical instrument, Tamangs perform their beloved Tamang Sello, their most original dance. Dampu Saanjh is maily nomenclature to denote that the Evening (Saanjh) with Damphu (the Tamangs traditional drum), or in other words the evening of merriment and joy. 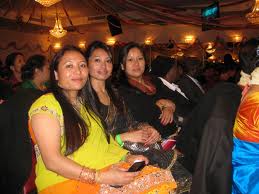 This years Damphu Saanjh was organized by Tamang Society of America on the inevitably freezing night of 6th of February – sorry, we can’t guarantee weather kind of dilemma. However, the venue, Dhaka Club in Woodside, Queens was brimming to the fullest. No one announced but it was like ‘early bird gets the best worms (in this case seats)’ kind of situation. People were standing even to the far end of the hall. And the best part of it was; everybody seemed to be enjoying.

After the customary introduction and individual speech of Board Members and presiding special guest and present other guests, Damphu Saanjh kicked off with songs from our heartthrob singers duo Prem Lopchan and Roj Moktan. Tamang Society of America specially invited them from Nepal for this program. Audiences were dancing in the tunes of their jolly songs and some sad songs, especially sang by Prem Lopchan some audiences were even shedding tears, reminiscent of their beloved ones back home in Nepal. In the same manner, as his approach towards audience would tell, Roj Mokatan, more audience singer, was making everybody come near the stage and dance. In all it was an unforgettable night.

However, most memorable is Jeny Yonjon from Connecticut. This plump little girl won the hearts of the audience by her solo dance in tunes of tikuli hai. She was so lovely and pert in her dance movements that looking at her was kind of melody in itself.

At the later end of the program the melee changed dramatically. Phiroj Syangden took over the stage with his hard rock outfit, strumming his electric guitar accompanying thrumming of virtuoso drumming. Youngsters and even not so young audience enjoyed his Nepali rock songs very much. As Phiroj Syangden was already very popular through his rock band 1974 A.D. he pulled a real crowd at the end of the program and everybody seemed to enjoy his songs very much.

Many members and sympathetic individuals who helped selflessly to bring about Damphu Saanjh were duly award that night through the hands of His Excellency Ambassador Mr. Gyan Chandra Acharya.

Thank you my friends 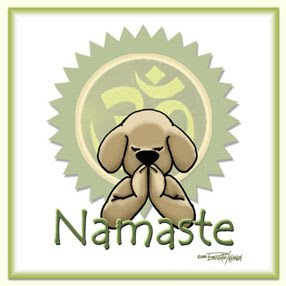 My dear friends,
Thank you for leaving comments in my blog. I am very happy to find that my story inspired you. I am also  very happy to receive blessings from you.
It is not that I am not happy to have inherited Ruth Ford’s estate. How could I not be happy? I am much, much obliged towards her for what she did for me before living this world. Without her thoughtfulness, without her kindness towards me, I would not be what I am today. I was just trying to say that I am NOT changed by the wealth I inherited. That I will try my best to remain “unchanged” by the wealth. I will keep on being what I used to be.
I recently read in a web magazine that wrote: “He admitted that suddenly being in the spotlight went straight to his head.” The source of the article was my blog. Nothing went straight or sideways to my head. I was just trying to say that I was overwhelmed by media attention I was getting which was making my head reel, which was making me see stars, as when one gets hit in his head by something hard.  And who would not be, especially when one is like me. I came from small village in Nepal, partially educated, shy by nature. If I was some movie star or some politician who is used to being questioned in front of cameras that would be a different story.
Maybe my English might have caused the misunderstanding but that was what I was trying to say.  But when I read your responses, which I received in my email, I thought well, not everybody misunderstood my intentions. Not everybody took what I wrote in my blog in a different way than what I intended to impart.


I thank you for that. I am inspired by your stories too. Some of you are going through very hard times. I am sorry for that. But trust me, only way out of hard times is to do what you have at hand with honesty, diligent, and care. We all go through thick and thin. To not to be too happy in good times or too sad in bad times is the name of the game.
Namaste and best regards
Posted by Indra's Corner at 1:17 PM 1 comment:

What happened to Indra?

Where I was? Why I was not picking of my HOME phone? Well, I was not home. I was in a visit to Montana in an invitation from my daughter and her husband. I would definitely pick up the phone and talk, if I was home, especially when a reporter was calling. I wonder why I was not contacted in my cell phone.

What happened to Indra?

Nothing has happened to me.  I am same old Indra 'pining' to be what I have always been. As far as I can remember, I never ever commented in any news media that I was 'pining' for my mud house back in Nepal. I remember saying that I rather be left alone as I always was. I was indicating my life with my family in my house in Queens, not in the mud house in Nepal when I said that. I was saying that I was hit by the media because I was not prepared for it and I was never a very 'bold' person to face such interviews, that too so impromptu. When one gets hit in the head hard one sees stars swarming around his head - quiet common experience. I was trying to make a metaphor, I guess, which because of my 'broken English' sounded like I was boasting about my so called 'success'. And 'success' in the inverted meant, it was not success at all. If one reads  my blog CAREFULLY, one can easily figure it out, even if it was written in 'broken English'.

I had wonderful time with my daughter's family in Montana. When one works 7 days a week for 36 years without any vacation one tend to feel like he is boiling in a pressure cooker. Besides, New York compared to Montana, if this attempt to make a metaphor does not produce wrong meaning AGAIN, is like a pressure cooker. I escaped from the huge pressure cooker and landed in the serenity of Montana, and savored the nature to my fill for almost two weeks. I had the best of times in God only knows how long. It would taste even better if I had not had to face the biased question of "What happened to Indra?", when I got home.

Don't you think I deserve a little vacation for myself? I think I do.
Posted by Indra's Corner at 1:12 PM 1 comment: