On July 7th 1911 Ruth Ford was born in Mississippi. Had she kept on living, she would be 101 today. But after a very long and charmed life filled with glamour and achievement, she finally did get tired. She died at home at the Dakota in New York City in 2009, in the very apartment where many of the brightest stars of the 20th Century gathered to enjoy her legendary salons. It was in Ruth’s living room, filled with books and artwork, where I met her in 1974 when I first came to New York. At that time I had no sense of what it meant to be a famous artist or a movie star. Ruth and her brother Charles Henri Ford gave me an education that I would not trade for anything. 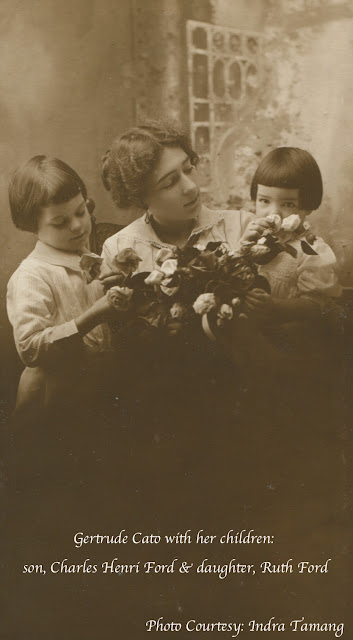 As an actress Ruth’s best roles were definitely played on stage. But even though many of the movies she made were considered B-grade, she still shined in them. She was a movie star. Some of those old movies can now be found in their entirety on YouTube, such as “Lady Gangster" made in 1942, where Ruth plays an unscrupulous prison inmate.


Another one is a slightly campy thriller from 1943 called “Adventure in Iraq” that can’t be watched today without inviting all kinds of comparisons between the world then and now.

A while ago my friend Allen Frame sent me a YouTube video of a screen test made of Marlon Brando, in which Ruth acted with him. The screen test was intended for an earlier version of “Rebel Without a Cause,” and the little scene between Ruth and Marlon Brando is a treasure I was glad to find. I’m posting it here so that on the occasion of Ruth’s birthday, her many admirers can see her getting a big kiss from Marlon Brando.

Happy Birthday, dear Ruth.  You are missed but not at all forgotten.